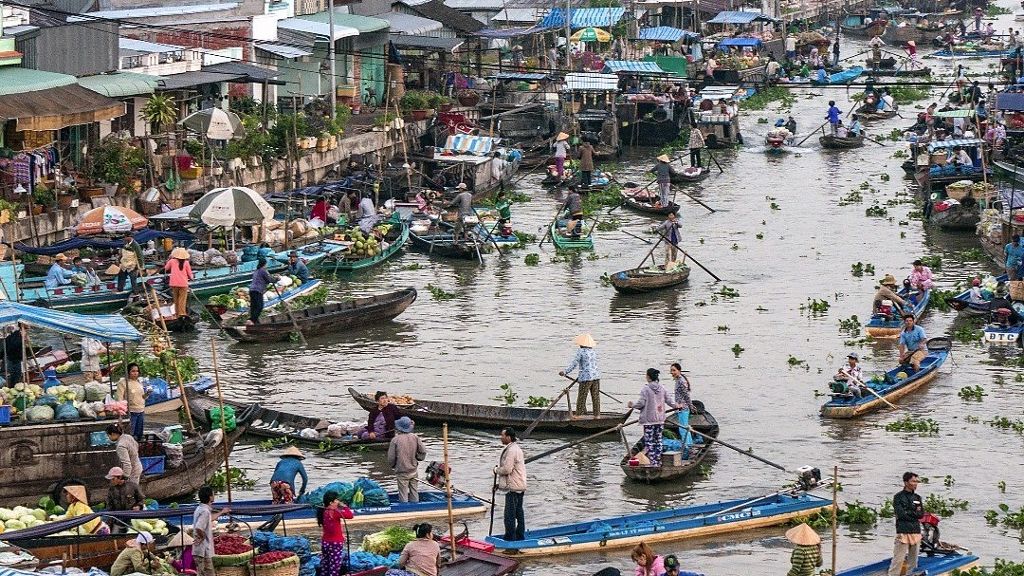 MANILA, PHILIPPINES (20 February 2018) — The Asian Development Bank (ADB) today announced the winners of its Instagram photo contest, which was held to showcase the development progress in the Greater Mekong Subregion (GMS) in celebration of the 25th anniversary of the GMS program.

Anh Dũng Kiều from Viet Nam won the first prize of $500, for his photo depicting early morning trading in Soc Trang floating market. Pitchayawat Proongsak from Thailand won the second prize of $200, while Saravut Whanset, also from Thailand, won the special prize of $100 for the most likes.

The photo contest, which ran from 8 January to 9 February 2018, received more than 1,200 entries from nonprofessional photographers from ADB member countries. Using the hashtag #GMS25, the photos show how daily life in the Mekong subregion have changed in the last 25 years. The winners will be contacted by ADB representatives for instructions on how to claim their prizes.

The Sixth GMS Summit, with the theme, Leveraging on 25 Years of Cooperation, and Building a Sustainable, Integrated, and Prosperous GMS, will be held from 29-31 March 2018. GMS countries’ leaders will attend the event and endorse the Ha Noi Action Plan 2018-2022. Also expected are other senior public officials, private sector representatives, development partners including ADB, and members of the media.

ADB, based in Manila, is dedicated to reducing poverty in Asia and the Pacific through inclusive economic growth, environmentally sustainable growth, and regional integration. Established in 1966, it is owned by 67 members—48 from the region.

Winners of the #GMS25 Photo Contest

The Greater Mekong Subregion at 25

More on the GMS Program