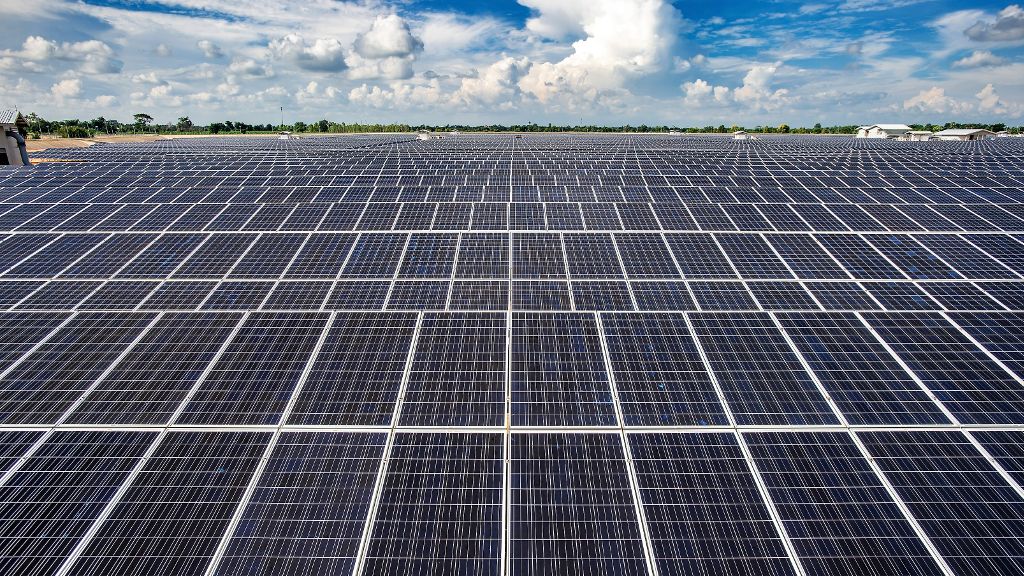 The package includes cofinancing from a private sector financial institution through ADB’s B Loan program and a concessional loan from the Canadian Climate Fund for the Private Sector in Asia (CFPS).

The CFPS loan was instrumental in assisting the sponsors to overcome some of the early mover risks and cost premiums associated with a first-of-its-kind project such as this. The project is located near Bavet, a special economic zone in the Svay Rieng province, and is being implemented through a public-private partnership (PPP) arrangement. As part of the project, Sunseap entered into a 20-year solar power purchase agreement with EDC.

The solar farm is expected to begin operations in August 2017. Once completed, it will have an installed capacity of 10 megawatts and be able to meet roughly a quarter of Bavet City’s local energy demand, half of which is currently being met through power imports from neighboring Viet Nam.

The project will also help reduce greenhouse gas emissions by 5,500 tons of carbon dioxide equivalent annually. In addition to providing more reliable power supply in rural areas, the project is expected to generate a range of new skilled and unskilled jobs for the local community.

“We are honored to have received the support of ADB as we embark on this large-scale project. Cambodia is a fast-growing market with vast potential for solar development,” said Frank Phuan, Founder and Director of Sunseap Group. “While electricity consumption in Cambodia has increased significantly over the years, almost half of the country’s population currently has no access to stable, affordable electricity.

Through this partnership, people in rural Cambodia will gain access to a precious commodity that many in the urban developed world take for granted," he said. “This project marks our entry into the rapidly developing Greater Mekong Subregion market. Our focus is on developing projects in the region that are sustainable in the long term at grid parity. We hope this project will help pave the way for future utility-scale solar projects as well as greater collaboration between the ADB and Sunseap in the region,” Mr. Phuan added.

“ADB is committed to working with companies like Sunseap to support our strategic agenda for environmentally sustainable inclusive growth,” said Christopher Thieme, ADB’s Deputy Director General for Private Sector Operations. “ADB's leading role in financing this project will help demonstrate the benefits of increasing Cambodia's power supply through PPPs using local, renewable energy sources. It will also signal to the government, investors, and international financiers that private sector-led infrastructure investments can be undertaken successfully in a transparent manner, at a competitive price, and with a sound financing package,” Mr. Thieme said. In Cambodia, the electrification rate grew to 55% in 2015, up from 20% in 2007.

However, electricity coverage is a challenge especially for those in rural areas. Electricity tariffs in Cambodia are higher than those in neighboring countries mainly due to the high cost of fossil fuel-based generation and the fragmented power supply system in the country. ADB, based in Manila, is dedicated to reducing poverty in Asia and the Pacific through inclusive economic growth, environmentally sustainable growth, and regional integration. Established in 1966, ADB is celebrating 50 years of development partnership in the region. It is owned by 67 members—48 from the region.

Cambodia and the Greater Mekong Subregion