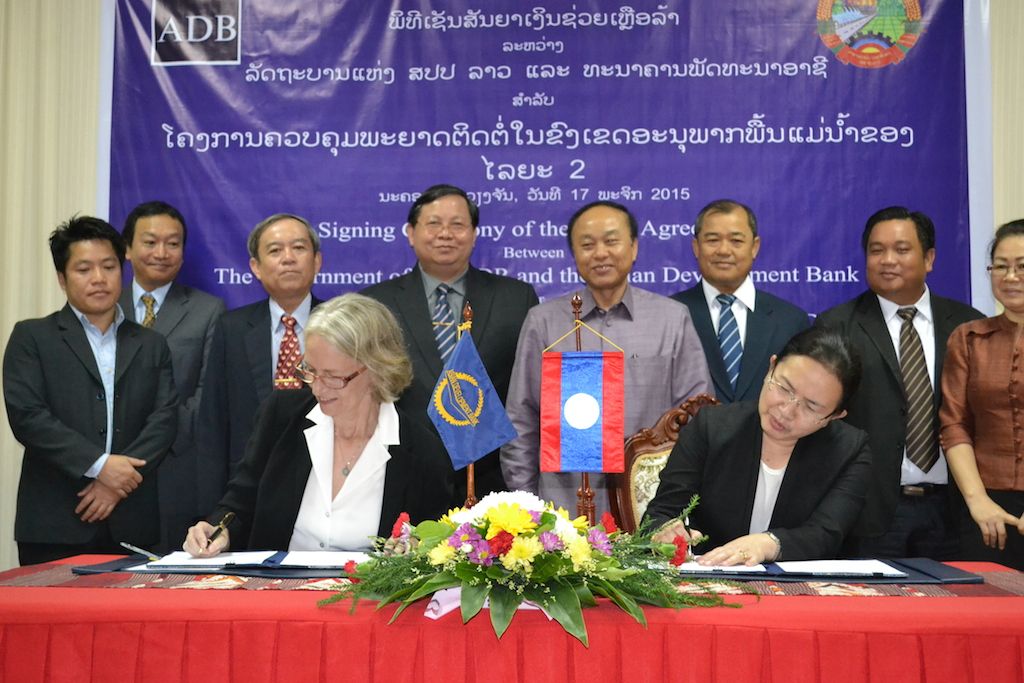 VIENTIANE, LAO PEOPLE’S DEMOCRATIC REPUBLIC (17 November 2015) – The Asian Development Bank (ADB) and the Government of the Lao People’s Democratic Republic (Lao PDR) today signed an agreement for a $3 million grant to support the government’s efforts to eliminate the spread of drug-resistant malaria in the country.

“Malaria is a regional public health threat, and the emergence of artemisinin-resistant malaria highlights the need to step up efforts against further spread,” said Sandra Nicoll, ADB’s Country Director in Lao PDR. “ADB has been working closely with governments, as well as with development partners and global technical agencies, to fight artemisinin-resistant malaria in the Greater Mekong Subregional (GMS) countries including the Lao PDR.”

The additional grant project will strengthen and harmonize national malaria programs by enhancing regional communicable disease control (CDC) systems in the 12 provinces covered by the project. Malaria surveillance and response systems will be expanded, particularly in the border districts of Attapeu and Champasak provinces. Cross border activities against malaria by Lao PDR, Viet Nam and Cambodia, including information exchange, will be stepped up.

The grant will improve CDC along borders and economic corridors by training village health workers, particularly women and ethnic groups. This will help ensure that program activities are reinforced and coordinated with local CDC programs to increase efficiency of case detection and treatment.

ADB is hosting the secretariat of the Asia Pacific Leaders Malaria Alliance.  In December 2013, ADB also established the Regional Malaria and Other Communicable Disease Threats Trust Fund under the Health Financing Partnership Facility. The Governments of Australia, Canada, and the United Kingdom contribute to the fund, which is administered by ADB.

The $3 million grant for Lao PDR is part of $9.5 million in financing from the trust fund to fight malaria in Lao PDR, Cambodia and Viet Nam. The Government of Lao PDR will contribute a further $150,000. The project will be implemented by Ministry of Health and will run for two years, with an expected completion date of December 2017.