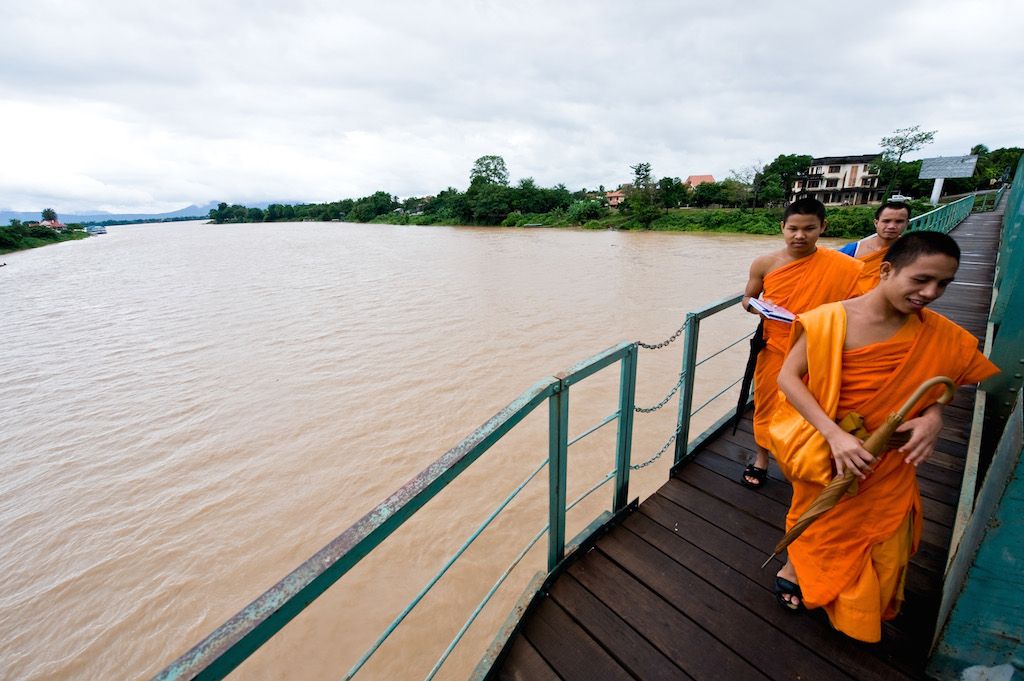 “Developing these towns along the North-South Economic Corridor—one of the three main economic corridors within the GMS—will allow them to maximize the benefits of increased trade and traffic flows, and thus strengthen their competitiveness to deliver wider economic growth across the region,” said Rudolf Frauendorfer, Lead Urban Development Specialist with ADB’s Southeast Asia Regional Department. “The project will support linking the economies of Houayxay and Luang Namtha to markets in Myanmar, the People’s Republic of China, and Thailand.”

The second phase of the GMS Corridor Towns Development Project hopes to turn these urban areas, both in the Lao People’s Democratic Republic (Lao PDR), into dynamic centers of investment and economic growth along the corridors by strengthening infrastructure links; facilitating cross-border investment, tourism, and trade; enhancing private sector participation and competitiveness; and by developing human resources.

In Houayxay, the funds will construct a 2-km riverside walkway to enhance access to the urban area and a 1-km embankment to protect the town against flooding; rehabilitate the river port to increase boat traffic; build a 36.5-hectare ecological park for residents and tourists alike; restore an existing dump site; and upgrade over 20 km of priority roads, drainage channels and wastewater drains.

In Luang Namtha, located in one of the country’s poorest provinces but with great potential for economic development through ecotourism, the assistance will finance the rehabilitation of a landfill, improving almost 20 km of roads and wastewater drains, upgrade three existing community recreation facilities for sports and tourism, and build a bridge for heavy trucks to cross the Nam Tha River.

The $37 million loan comes from ADB’s concessional Asian Development Fund, while the ASEAN Infrastructure Fund will provide $10 million in cofinancing. The Government of the Lao PDR will contribute a further $5 million for a total project cost of $52 million. The project will run for 5 years, with an expected completion date of December 2020.