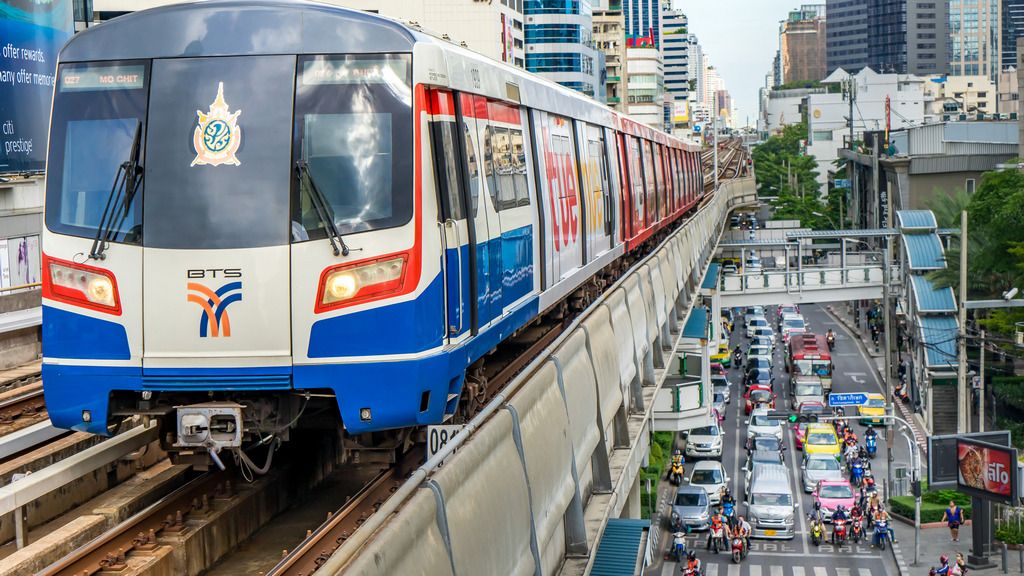 BANGKOK, THAILAND (4 June 2019) — The Asian Development Bank (ADB) signed an agreement with a financing package of 9.9 billion Thai baht ($311 million equivalent) for the construction and operation of the Pink and Yellow lines of Bangkok’s mass rapid transit (MRT) system.

“ADB's involvement as a lender enhanced the overall bankability of the project by providing a long tenor repayment profile. It will provide more flexibility on cashflow management and help mitigate ridership risk at the opening stage of the project,” said BTS Group Holdings Public Company Limited Executive Director and Deputy Chief Executive Officer Mr. Terence C. K. Kong. “This enables us to deliver a successful project and a public transport option that will be efficient, safe, and environmentally friendly.”

The agreement was signed by Mr. Thieme and Mr. Kong, at a ceremony in Bangkok. Senior officials from ADB and BTS Group Holdings Public Company Limited also attended the event.

Bangkok is famous for its heavy traffic congestion with some studies including it among the most congested cities in the world. The proportion of travelers using mass rapid transit as a share of total transit in Bangkok remains low as compared with peer cities. The number of private cars in Southeast Asia has more than doubled since 2000, and 30 million more passenger cars are expected to be added by 2040. The new lines will help cut down on air pollution from vehicles and greenhouse gas emissions, while tackling traffic congestion.

ADB is committed to achieving a prosperous, inclusive, resilient, and sustainable Asia and the Pacific, while sustaining its efforts to eradicate extreme poverty. In 2018, it made commitments of new loans and grants amounting to $21.6 billion. Established in 1966, it is owned by 68 members—49 from the region.