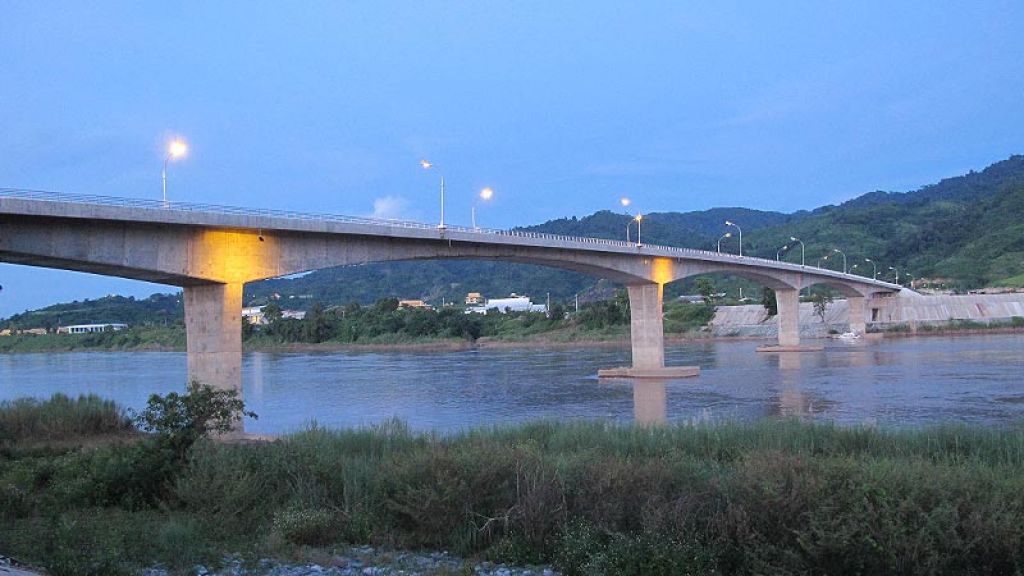 More than 1,200 years ago, during the Tang Dynasty, merchants in Yunnan, People's Republic of China (PRC) began forging trade routes to carry the region’s aromatic tea and other goods to the far corners of Asia. One of these southern caravan trails cut through what is today Luang Namtha Province in the Lao People’s Democratic Republic (Lao PDR), and across the Mekong River into Thailand.

Today these routes are being revitalized. The 2008 completion of the ADB-supported Route 3 Highway in the Lao PDR, stretching from Boten at its northern border with the PRC to Houayxay in the south, coupled with the 2013 inauguration of the 4th Thai-Lao Friendship Bridge spanning the Mekong River, are bringing new life to this ancient trade route, and communities all along the corridor.

Gateway for trade and tourism

The once sleepy Mekong River town of Chiang Khong in Chiang Rai province is now a den of activity every morning. Long streams of trucks from the PRC and the Lao PDR pour into Thailand, carrying vegetables, fruits, machine equipment, and flowers that will be in Bangkok’s bustling markets by nightfall. Tourism has also markedly increased.

“Since the bridge and road have been completed, we have more tourists then ever visiting this part of our country, about 20,000 people a month,” says Sibounheuang Phanthalak, director general of the 4th Mekong Friendship Bridge in the Lao PDR. “Most of the tourists are from the PRC and Thailand, but we’re getting more from ASEAN and western countries too.”

At the border crossing, bus after bus of Chinese tour groups with matching neon hats quickly shuffle through customs before heading southward to Chiang Rai and other destinations for shopping and sightseeing. There has also been a 300% increase in Thai citizens taking trips to the Lao PDR and southern PRC since the road was opened.

Vixay Homsombath, supervisor of the Boten Dankham Special Economic Zone (SEZ), says that in addition to the tourist influx, trade and investment are also picking up. Between 2008 and 2012, export volume in the Lao PDR increased threefold, with northern border crossings up significantly.

Route 3 is at the heart of this transformation. The new road was the last remaining link in the Greater Mekong Subregion’s (GMS) North-South Economic Corridor extending from Kunming, PRC through northwest Lao PDR and down to Bangkok. A decade ago it could take more than 9 hours just to navigate the short 228-kilometer portion of the Lao PDR corridor. Today it only takes 3 ½ hours to traverse the all-weather road. ADB supported the reconstruction of the central 74 km of the road, as well as technical support for the bridge design.

Pattana Sittisombat, president of the Chambers of Commerce for 10 provinces in northern Thailand, says large and small businesses alike have benefitted from better infrastructure along the GMS North-South Economic Corridor.

“People can travel more freely, and goods can move more freely. Many new businesses are being developed as a result,” he says.

Growing trade is benefitting communities all along the North-South Economic Corridor.

“Previously Chiang Khong was just a small district, doing small-scale trade across the river with the Lao PDR,” says Sanguan Sonklinsakul, vice-president of the Chiang Rai Chamber of Commerce. “But in recent years, after the road in the Lao PDR opened up, trade between the PRC, the Lao PDR, and Thailand picked up, and Chiang Khong benefitted from this. Not only are people’s lives better. Trade is better. Tourism too.”

With growing commerce along the corridor, Chiang Rai province will be establishing Special Economic Zones to better take advantage of the growing cross-border trade.

“We are positioning ourselves as an investment destination in the GMS and a logistics hub in ASEAN,” explains Parchon Pratsakul, deputy governor of Chiang Rai. “The special economic zones will take advantage of improved trade connectivity, with converging land, water, and dual-track rail transportation systems.”

A remaining challenge is ensuring that governments continue slashing the bureaucratic red tape that has historically restricted the cross-border flow of goods.

“If we can have a cross-border transportation agreement, that will help the movement of goods from the PRC to Thailand and vice-versa,” says Silarug of the Chiang Khong Customs House.

While many challenges lie ahead, the North-South Economic Corridor is already delivering on its promise of greater prosperity for the communities along this revitalized trade route.