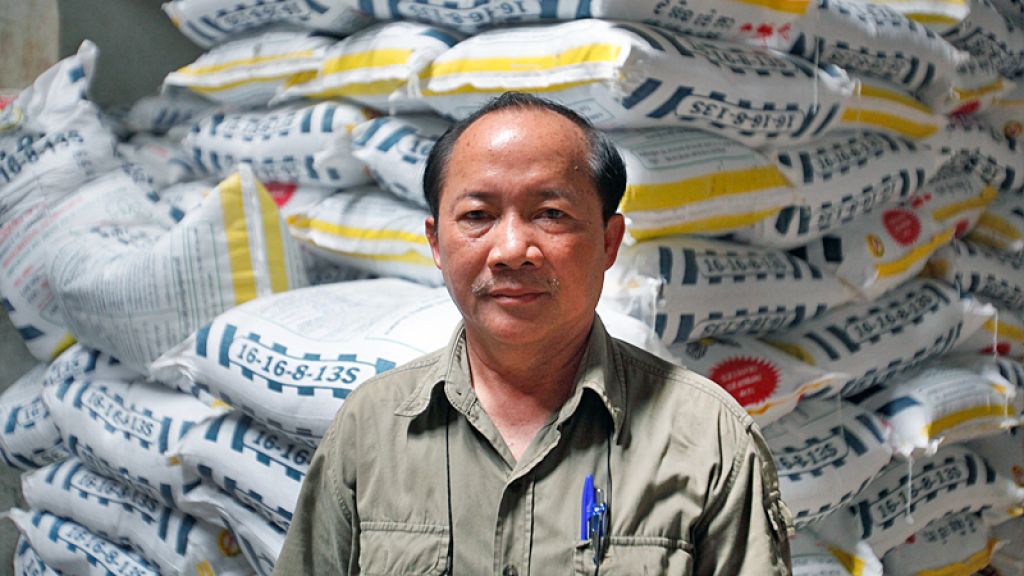 When peace returned to Cambodia in 1992, Heng Pich Chhay had big dreams for forging a better life for himself and his family.

Though shackled with limited resources and income, in 1995 he started a fledgling business along a bumpy, muddy road in Kampot province, importing fertilizer from Viet Nam, and selling it on to the countless rice farms in his area that stretch out on the horizon as far as the eye can see. He made a decent living, but despite his tireless efforts he faced an insurmountable obstacle when he wanted to expand the reach of his business: abysmal roads that made vehicular travel no faster than walking.

At that time it would take 2 days for us just to deliver our goods 40 kilometers away, he remembers.

Today, the once bone-rattling trek takes less than an hour on smooth, paved roads, and Pich Chhay’s business is thriving as a result.

In the early 1990s, years of civil strife had left Cambodia’s roads in utter disrepair. Asian Development Bank (ADB) has helped Cambodia rebuild and rehabilitate over 4,000 km of the national road network, while strengthening cross-border linkages with neighboring countries to enhance trade and commerce.

In 2008 ADB approved a project to improve a key 269 km section of the Greater Mekong Subregion (GMS) Southern Coastal Corridor, which stretches 924 km along the Gulf of Thailand, from southern Viet Nam’s fertile Mekong Delta, through coastal Cambodia and Pich Chhay’s home province of Kampot, and on to Bangkok, Thailand. This project, in tandem with other ADB-financed projects to expand energy access and upgrade and maintain 950 km of roads in Kampot and other parts of the Cambodia, enabled Pich Chhay to finally grow his business and create new jobs for people in his community.

“In 2007 we were just a small local business. But after we had a better road, and better energy supply, we were able to expand our business. Now we have 20 employees,” says Mr. Pich Chhay.

Today his company, Heng Pich Chhay Import-Export Co. Ltd., reaches every corner of Cambodia, and is one of the country’s three biggest fertilizer distributors. Pich Chhay says his transport costs are 40% less than before, allowing him to sell his products for a better price.

The Southern Coastal Corridor runs through Sihanoukville, which has benefitted greatly from better roads. Poor connectivity had been a drag on the city’s development, but today good roads are helping increase the flow of goods into and out of the Sihanoukville Autonomous Port, with total cargo throughput more than doubling since 2007.

ADB continues to support the development of the GMS Southern Coastal Corridor, including the upgrade of the road between the Vietnamese border at Lork and Ha Tien, which will double trade volume, and benefit 420,000 people living and working along the corridor.

The project also focuses on speeding up processing times for passengers and freight at the Viet Nam-Cambodia border.

“Roads and other infrastructure hardware are the backbone of economic corridors, but we also need the software, the cross-border trade agreements, to realize the corridors’ full benefit,” says ADB’s Country Director Eric Sidgwick in Cambodia. “With good roads in place, the next step is to remove remaining impediments to trade, ensuring that people and goods can easily cross borders.”

Although GMS cross-border transport agreements first came into force in 2003, they are yet to be fully implemented at many border crossings, resulting in time-consuming customs clearance procedures and costly border fees. ADB is encouraging the implementation of additional transport and trade and facilitation measures that will foster even greater subregional traffic and trade.

With better roads, reliable energy, and easier cross-border trade regulations in place, southern Cambodia’s prospects for growth and development look better than ever.

Transport and Trade Facilitation in the Greater Mekong Subregion