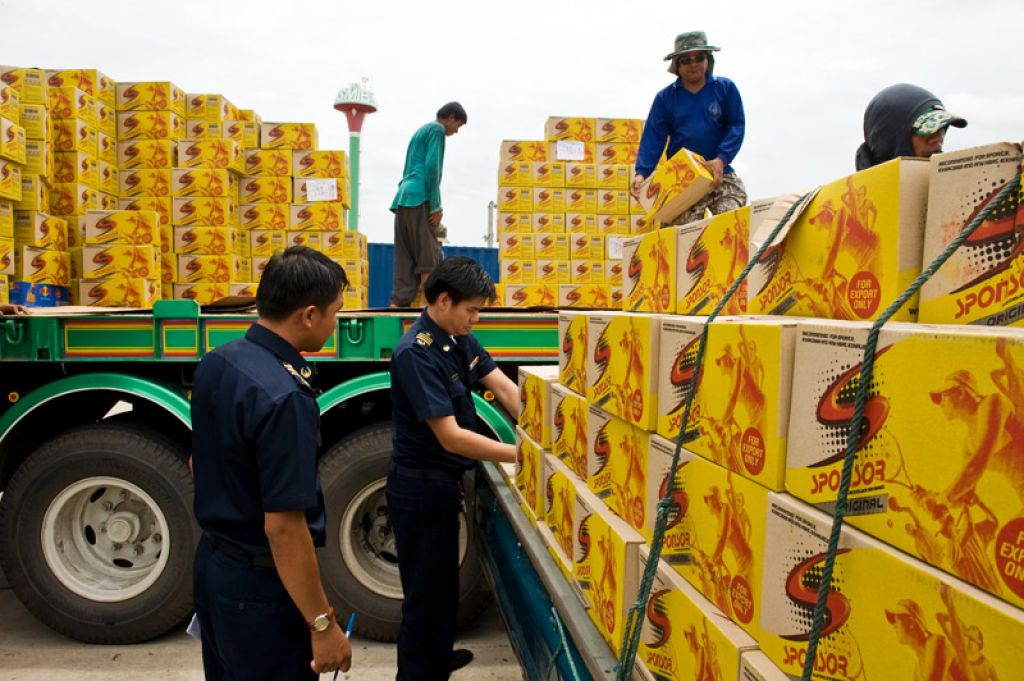 MANILA, PHILIPPINES (22 November 2013) – Countries of the Greater Mekong Subregion (GMS) have endorsed measures to expedite and expand cross border transport and trade, including stepping up bilateral and trilateral country agreements.

“Intraregional trade, tourism, and investments are essential for boosting growth and standards of living in the subregion,” said James Lynch, Director of the Asian Development Bank’s (ADB) Regional Cooperation Division in the Southeast Asia Department. “Member countries have agreed to continue to fast track and streamline transport and trade facilitation measures, and we will continue to accelerate our common goals of transforming transport corridors into economic corridors.”

At the 4th Joint Committee Meeting for the GMS Cross Border Transport Agreement (CBTA) in Nay Pyi Taw, Myanmar, GMS transport ministers endorsed a three-year action plan (2013 to 2016) to support implementation of the next phase of transport and trade facilitation measures. This pioneering transport agreement, ratified in 2003, provides a blueprint for non-physical measures needed to boost cross border land transport, including ‘single stop’ customs inspections. ADB is a key development partner of the GMS, and serves as secretariat for the Joint Committee.

The GMS, with strong support from development partners, including ADB and Australian Aid, has made significant headway since 2010 with bilateral transport and traffic rights agreements; agreement on the extension of the East-West Economic Corridor to include  key capitals and deep sea ports; and the launching of a transport and trade facilitation knowledge portal.

Among the most significant recent achievements are an agreement between the People’s Republic of China (PRC) and Viet Nam allowing trucks and buses of both countries to travel into each other’s inland territories along a 1,300 kilometer route, boosting tourism and trade.

The three-year action plan targets swifter implementation of bilateral traffic rights agreements between the PRC and Myanmar and Myanmar and Thailand, and implementation of trilateral agreements among the PRC, Lao People’s Democratic Republic (Lao PDR), and Thailand, as well as Cambodia, Lao PDR, and Thailand. It will also aim to expand transport and trade routes, increase transport permit quotas under traffic rights exchanges, further streamline and improve customs procedures, and encourage the establishment of cross border vehicle insurance mechanisms.

GMS members include Cambodia, Lao PDR, Myanmar, Thailand, Viet Nam, and Yunnan province and the Guangxi autonomous region in the PRC. The subregion, bound together by the Mekong River, covers an area about the size of Western Europe and has a combined population larger than that of the United States.