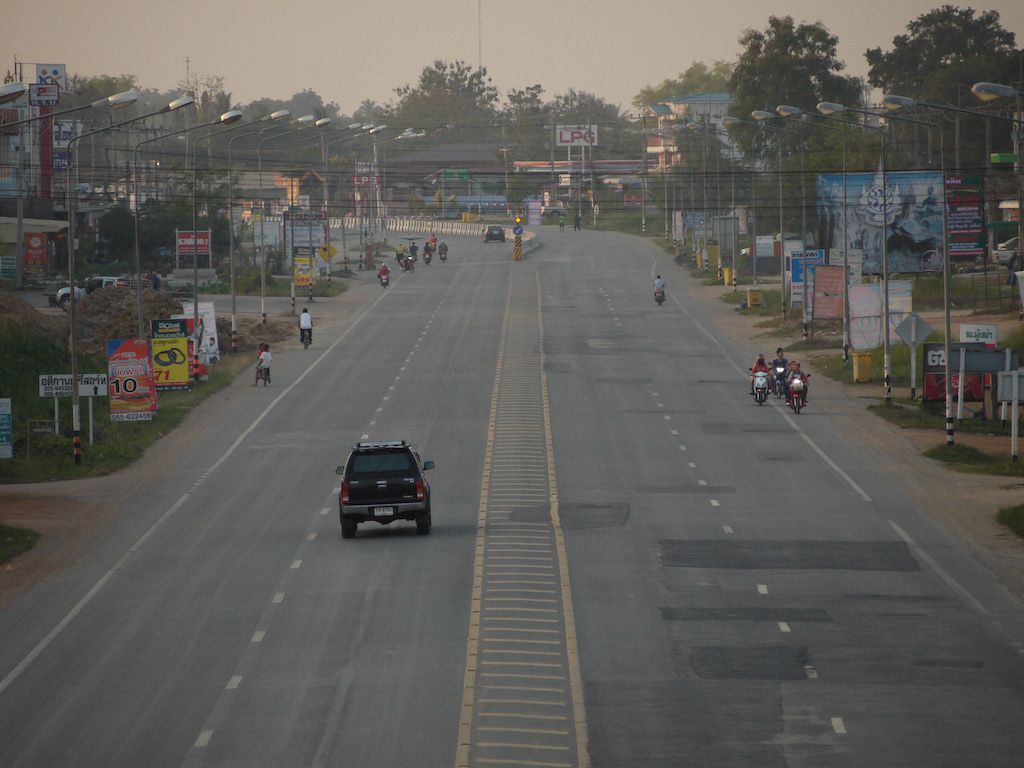 BANGKOK, THAILAND (12 March 2016) – The completion of work on a 105-km section of highway from Phisanulok to Lomsak to expand it from two lanes to four, supported by Asian Development Bank (ADB), is expected to generate greater economic activity and increase local competitiveness along the Greater Mekong Subregion (GMS) East-West Economic Corridor.

“Upgrading National Highway 12 benefits not only local provinces along the corridor but also throughout Thailand and its adjacent countries,” said Yasushi Tanaka, ADB Principal Transport Specialist. “It will reduce logistics costs in the transport sector, increase road safety, and improve connectivity to remote and landlocked locations in the GMS.”

The four-lane National Highway 12 from Phisanulok to Lomsak will start operating today, after it was officially opened at a ceremony hosted by the Department of Highways and chaired by the Minister of Transport.

In December 2009, ADB provided approximately THB1,636 million ($46.7 million) of financial support, out of a total cost of THB3,386 million, to upgrade the existing two lanes of National Highway 12 Phisanulok-Lomsak to four lanes. The Thai Government shared the remaining costs. As there are national parks along the highway, environmentally-friendly materials were used in the highway widening work.

As a main intersection of the East-West Economic Corridor and the North-South Economic Corridor, the new four-lane highway will be a regional gateway creating wider opportunities for cross-border trade, tourism, and investment in Thailand, the Lao People’s Democratic Republic (Lao PDR), Myanmar and Viet Nam.

Border trade between Mukdaharn in Thailand and Savannakhet in Lao PDR has increased by 37% from THB39.32 billion in 2014 to THB53.93 billion in 2015.ADB, based in Manila, is dedicated to reducing poverty in Asia and the Pacific through inclusive economic growth, environmentally sustainable growth, and regional integration. Established in 1966, it is owned by 67 members—48 from the region.