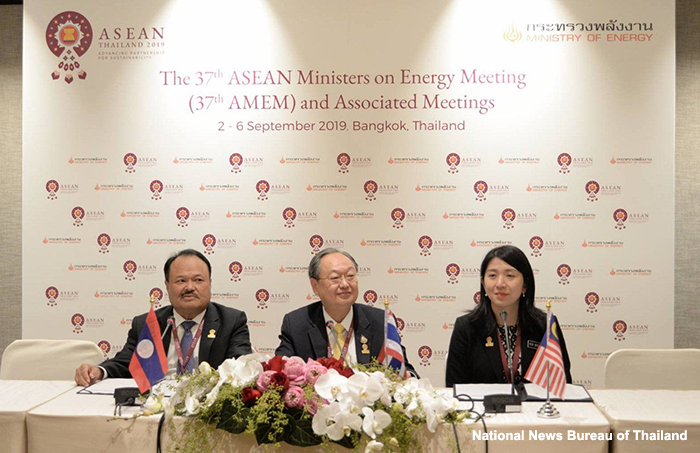 The LTM-PIP began implementing the trilateral power trade in January 2018. Phase 2 will be implemented from January 2020 to December 2021. The AMEM Joint Statement noted that the supplementary agreement will be signed before the present agreement expires in December 2019

In 2014, the Government of Singapore also expressed interest to export electricity from Lao PDR via Malaysia and Thailand.

The 37th AMEM also noted the ongoing feasibility study for the ASEAN Multilateral Power Trade, and welcomed its recommendations. The Energy Ministers also expressed optimism toward creating a synergy between the ASEAN Power Grid studies and initiatives to increase the share of renewables in the energy mix in the ASEAN region, as well as the forthcoming update of the ASEAN Interconnection Masterplan Study in 2020.

The Road Map for Expanded Energy Cooperation in the Greater Mekong Subregion (GMS) emphasized that regional cooperation is an effective way to ensure cost-effective energy supply and mitigate climate change. The GMS energy sector workplan considers the existing energy cooperation framework of ASEAN countries to maximize synergies and reduce duplication. The recently-held 25th Regional Power Trade Coordination Committee (RPTCC) of the GMS also reiterated coordination of the program with the ASEAN, and RPTCC with the Heads of ASEAN Power Utilities/Authorities.

Laos seeks to become regional hub for electricity transmission by 2025

About the Feasibility Study for the ASEAN Multilateral Power Trade