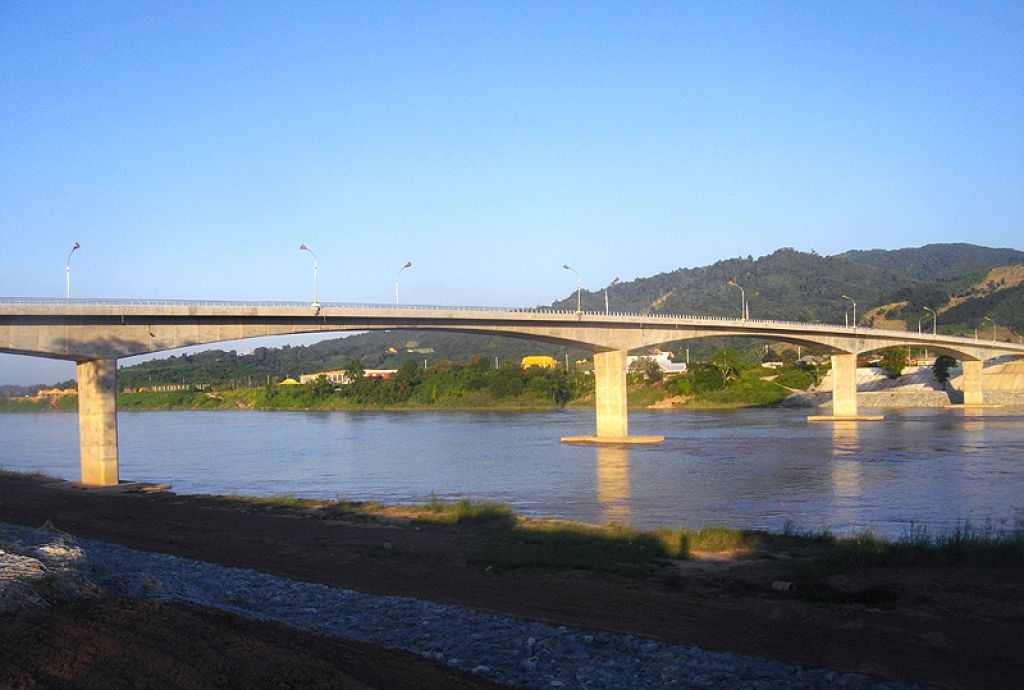 MANILA, PHILIPPINES (11 December 2013) – A new bridge straddling the Mekong River between Thailand and Lao People’s Democratic Republic (PDR) is open for business, signaling completion of physical works along one of the Greater Mekong Subregion’s (GMS) most critical economic corridors.

“The bridge is the ‘missing link’ along the North-South Economic Corridor, which is the main land route for trade between Yunnan province in the People’s Republic of China (PRC) and Thailand, as well as being a gateway for connectivity between the PRC and ASEAN countries,” said Asian Development Bank (ADB) Vice President Stephen Groff. “With all of the infrastructure in place, the potential for this corridor to become a driver of regional trade, tourism and investment can be realized.”

The opening of the bridge comes as ministers meet in Vientiane, Lao PDR for the 19th Ministerial Conference of the GMS Economic Cooperation Program. ADB, which provides both financing and secretariat services for the Program, conducted the feasibility study for the bridge project in 2005 and helped foster the spirit of collaboration that brought countries together to complete the corridor. The Ministerial Conference is expected to endorse a new investment framework for regional development projects over the next decade.

The 480-meter long Friendship Bridge IV, a viaduct, link roads, and border control facilities connect the two countries at Houayxay on the Lao PDR side of the river and Chiang Khong on the Thai side. Before it was built, people and cargo had to cross the river in ferry boats, a time consuming, costly, and cumbersome task. Now land traffic will be able to move seamlessly along the more than 1,000-kilometer long route connecting Kunming in the PRC to Chiang Rai in Thailand.

GMS members include Cambodia, Lao PDR, Myanmar, Thailand, Viet Nam, and Yunnan province and the Guangxi autonomous region in the PRC. The subregion, bound together by the Mekong River, covers an area about the size of Western Europe and has a combined population larger than that of the United States.