Recognizing the complexity and challenges inherent in strengthening of the transport and trade facilitation environment, the committee noted more progress would have been desirable in developing national action plans for the implementation of the CBTA and in further achieving targets such as ratification or acceptance of all the annexes and protocols to the agreement, and commencement of full implementation of the agreement along priority GMS corridors. Faced with these challenges at the CBTA level, the countries have been seeking to take forward bilateral and trilateral agreements as key building blocks for the CBTA. 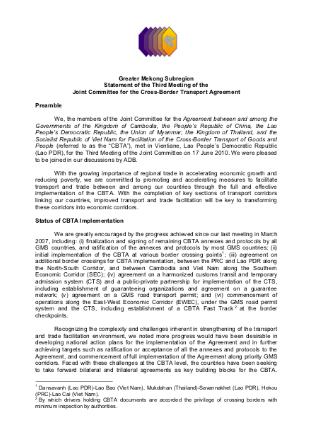 More on Transport and Trade Facilitation