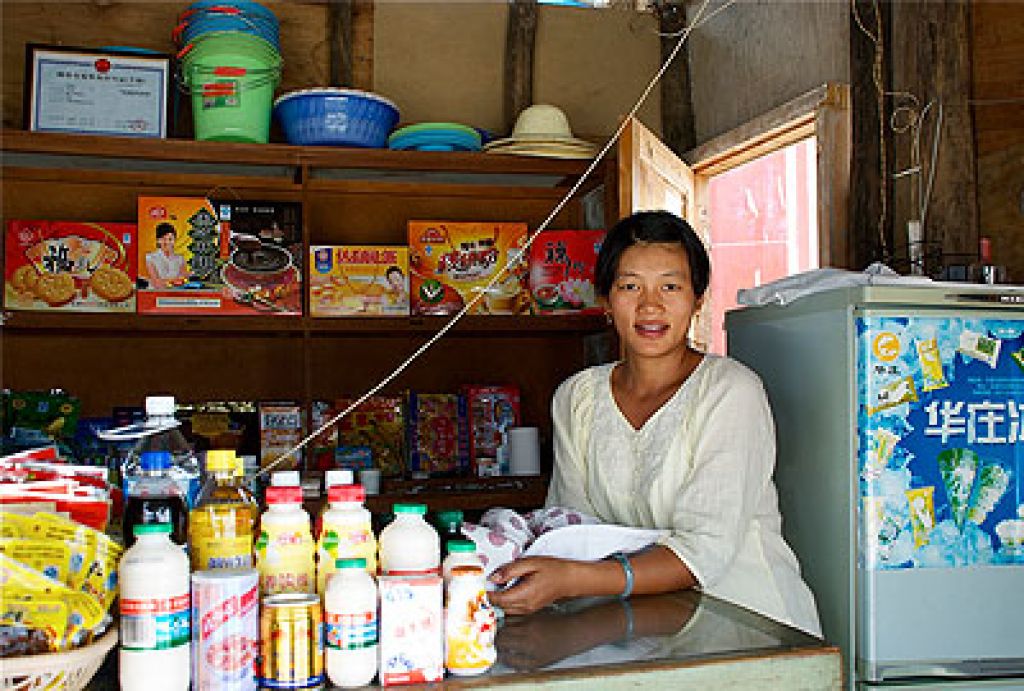 In the People's Republic of China, a four-lane expressway—half of it bridges and tunnels—through one of the most biodiverse regions in the world is facilitating trade and raising incomes for farmers.

Baoshan Prefecture, Southwest PRC (16 November 2012)- Just a decade ago, it took 68-year-old Yang Zhishu half a day to travel to the nearby county seat of Baoshan Prefecture. Now, buses to Baoshan City pass through his village every half-hour, and they take only 40-50 minutes.

"My son bought a motorcycle and goes to Baoshan all the time," says Yang with obvious pride.

Baoshan Prefecture nestles in mountainous western Yunnan Province, home to 26 minority groups. Poverty incidence is considerably higher than the national average. Until major reconstruction work was carried out, National Road 320, between Baoshan and Longlin, was substandard, holding back development and business.

The project followed two previous ADB-financed road projects in Yunnan - the Chuxiong-Dali Expressway and the Yuanjiang-Mohei Expressway. Both promoted regional cooperation in the Greater Mekong Subregion, while improving access to poor areas in western Yunnan.

In 2001, Yunnan, a landlocked province in the southwest of the People's Republic of China (PRC), was one of its least developed provinces. It had an annual per-capita gross domestic product of CNY4,837 ($761) compared to the national average of CNY7,517 ($1,182).

Meanwhile, despite the fact that Yunnan had 164,852 km of roads- the nation's highest per-capita density - most were of poor quality.

The ADB project, completed in 2008, changed that. It linked underdeveloped, rural mountainous areas in Yunnan to regional centers, making education and health facilities more accessible, while improving access to markets and emergency health care. Between 2004 and 2008, rural poverty in the project area also declined markedly - by 8.6% in Baoshan, 7.6% in Longyang, and 15.8% in Longling. Meanwhile, per-capita net incomes rose by 14%, 12.2%, and 11.8%, respectively.

"Fruit and tobacco can now be delivered directly to markets at lower prices, and prices of goods from outside are also lower."

"There are more businesspeople coming to our village to buy cucumbers, peas, and coffee beans," says Guo Xiaosheng, village head of 640 households in Lujiang Town, home to a mix of Han Chinese and members of the Dai minority. "Fruit and tobacco can now be delivered directly to markets at lower prices, and prices of goods from outside are also lower."

Dong Yun, a 23-year-old shopkeeper in Guo's village, says, "Since the expressway went into operation, wholesale prices for bottled water, candy, and cookies have dropped."

The road project has also substantially improved farmers' incomes and local government revenues. By 2008, farmers' annual incomes had increased by 7.7% in Longyang District, and by 28.14% in Longling County. Baoshan's annual GDP growth rate has also soared to more than 28%, and Longling County signed agreements with five external enterprises for a total investment of CNY5.4 billion ($864.17 million), 28 times the investment of CNY0.19 billion ($30.41 million) in 2007 and 38 times that of CNY0.14 billion ($22.40 million) in 2006.

Safety and the environment

Road safety was also a key concern in this project due to the area's geographical conditions - the Nujiang Gorge on one side and the Gaoligong mountain range, with heights of up to nearly 4,000 meters, on the other. This resulted in a continuous climb of 30.9 km, at an incline of greater than 4%. When the incline of a road exceeds 3.5%, traffic accidents involving brake failure are common on the descent.

"In addition to the success of the road safety controls on the expressway, innovative measures were taken for environmental prevention along the route that have proved effective," says Chu Chenglong, project officer of ADB PRC Resident Mission.

"Efforts were made to protect the vulnerable ecosystems along the expressway, including meticulous measures in selecting routes for road construction and the building of bridges and tunnels"

Gaoligong Mountain, part of the Gaoligong Mountain National Nature Reserve, is a United Nations Educational, Scientific and Cultural Organization (UNESCO) World Heritage Site, and a World Wildlife Fund (WWF) protected area. It is a corridor for wild animals that migrate between the south and the north, and a sanctuary of wild fauna and flora that have survived from the Tertiary and Quarternary periods. Its biodiversity is such that it has been dubbed a "global gene bank."

Project design and implementation had to be particularly sensitive to environmental concerns. "No destruction is the best protection for the environment," says Jiang Zhigang, general manager of Yunnan Roads Development & Investment, a private company.

"While ensuring structural safety, efforts were made to protect the vulnerable ecosystems along the expressway, including meticulous measures in selecting routes for road construction and the building of bridges and tunnels," says Jiang.

According to Jiang, the proportion of bridges and tunnels on the expressway reached 49.3%, or 37.6 km. In other words, on average, there is one medium-sized or large bridge every km, and one tunnel in every 5.4 km. Corridors were also built so that wild animals could migrate north-south as in the past.

"We believe the success of this project and the innovative approaches we took can be shared with others, and will improve road project design and construction in the PRC," says Hamid L. Sharif, ADB's country director in the PRC.