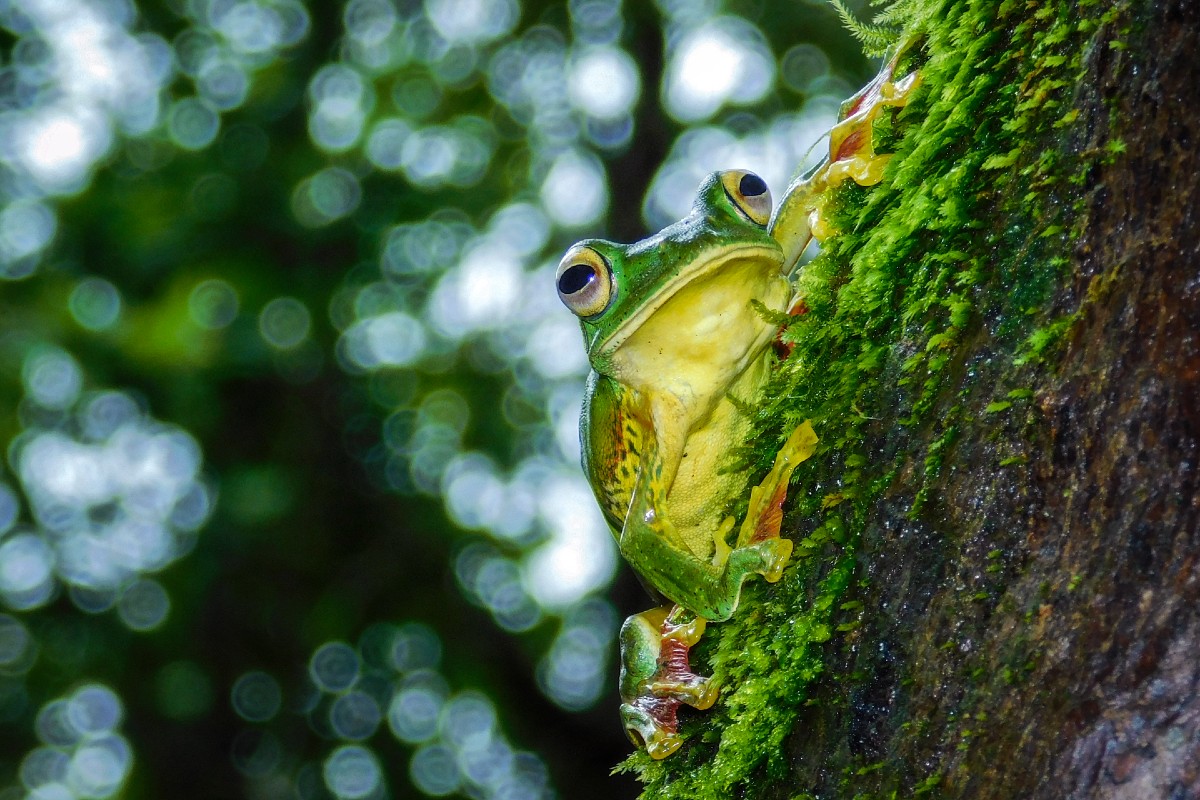 The World Needs a Path Forward on Biodiversity

A new global pact for nature expected to be passed at the United Nations Biodiversity Conference in 2022 should balance the needs of developing and developed countries in helping avoid ecosystem collapse.

The Asia Pacific region is home to 17 of the 36 global biodiversity hotspots. Millions in the region are directly dependent on nature for subsistence and developing countries in the area are taking a stronger stand on stemming nature loss by developing a robust and realistic global strategy on biodiversity.

The strategy under discussion in the framework of the Convention on Biological Diversity, has put forward ambitious targets aimed at scaling up ecosystem restoration, reducing the extinction risk of species, and protecting 30% of land, freshwater and marine areas by 2030.

Restoring and responsibly managing ecosystems and biodiversity not only supports nature; it also has a crucial role in bending the curve on climate change and ensuring human survival. Ecosystems regulate the global climate and are buffers against natural disasters. They are vital in sequestering and storing CO2, removing pollutants from the atmosphere, and regulating water flow, among other services. Humans are dependent on biodiversity for food, livelihood, and health.

Developing countries are increasingly pro-active in letting the developed world know what is needed to restore and protect biodiversity. There is clear demand for a package that integrates biodiversity aims with the means for implementing such a package, including providing finance, capacity-building, scientific cooperation, and technology transfer.

One such effort involves digital sequence information, or the biodiversity information derived from genetic data. This information will be crucial to understanding our future biodiversity needs, food security and health. It also has scientific and commercial uses, especially in agriculture, pharmaceutical and cosmetic products which involve multi-billion-dollar industries.

For example, some 70% of new drugs in the United States are synthetic products derived from nature. Developing countries want the benefits that arise from the use of digital sequence information to be shared as equitably and fairly as possible. This could be a vital financing stream that can help them improve their capacity of conserving these biological resources and the livelihood of the local peoples.

An overhaul of the current architecture for global biodiversity financing is also in the works. Nature-centered financing, which is aimed at generating investments that restore and enhance ecosystems and biodiversity, is already being introduced by multilateral development banks. It is making a new economic case for biodiversity and ecosystem services. Innovative accounting tools are being developed to more precisely value natural capital and calculate eco-compensation.

Countries have recommended the mobilization and provision of at least $100 billion annually, rising to $700 billion annually by 2030 and beyond, in order to make a substantial difference in the world’s ability to stem the loss of biological diversity and ensure a sustainable future.

It’s clear that increased nature-positive investment, which can drive measurable, positive impact on natural ecosystems, is crucial as well and should leverage additional investment from the private sector. In line with this, the framework would have to be integrated into government policies that guide financial market activities.

There should be involvement from a broader range of stakeholders: finance institutions, business communities, academic and scientific organizations—and, crucially, indigenous peoples and local communities, since about a third of the global land areas considered key biodiversity areas lie within their lands.

Countries need to take a whole-of-government approach: All departments, not only environmental authorities, have a role to play in mainstreaming nature, because the main drivers of biodiversity loss are not found solely in ecosystems, but stem from urban and agricultural development, from pollution, and from the whole human supply chain, including exploitation, production, and consumption.

Policymakers can even up the method for calculating GDP by embedding biodiversity values in national reporting systems and fiscal systems, to ensure that nature is at the heart of all decision-making. The UN adopted in 2021 a System of Environmental-Economic Accounting-Ecosystem Accounting and has set milestones for the shift to this system.

Another equally important balancing action would be to reform national incentives and cut subsidies that are harmful to biodiversity, in sectors such as agriculture, fossil fuels and fisheries, and to re-direct these funds toward conservation and sustainable use, and toward creating incentives for nature-positive investment.

Many hope that the reconvening of the Convention on Biological Diversity COP-15 conference in 2022 will be the “Paris Moment” for nature, creating a momentum like that of the Paris Agreement for climate change.

In the final negotiations for the Global Biodiversity Framework, delegates from 196 countries will have to weigh the above actions to ensure the success of this new pact for nature – and to seize this last opportunity to save Earth from ecosystem collapse.